The 7th book of poems and songs from the prolific poet has been released. Click Here To Purchase and Here to find other books like it.

The prolific poet Michael Angel Loayza Jr. exploits his conditioned state of being through well-crafted rhymes that sing with both melodic and piercing tones. Click Here To Purchase

The prolific poet, Michael Angel Loayza Jr, once again sheds light upon existential meaning and the flawed human condition within his 6th published book of poems, which is filled with a unique perspective and a well-developed belief system that is compliant with Nature and its simplicity, yet ever-changing and evolving passed ‘what is’ and even to ‘what is not’. Click Here to Purchase

Back in 1992 the quaint New Jersey town of Merderton celebrated their beloved Halloween festival ‘Kill Feast’; however, this night was only to become a real horror show due to the slaying of several innocent men, women and children by the hands and the blade of a ruthless murderer. Now with 28 years gone by and the scorned townsfolk along with their families still being deeply affected by the massacre, a new problem arises and opens the doorway to a maze of truths behind that tragic night of the past, and then the soon-to-be righteous revenge within the blood-tainted town that is to follow; successfully or not. Click here to purchase this bone-chilling horror!

Light Upon The Labyrinth: Essays, Meditations & Introspective Journaling – Click to buy on Amazon!

This is a shameless and in-depth observation upon the human condition as it is exploited with poetic essays and thoughtfully raw journal entries from the astute mind of Michael Angel Loayza Jr. The artistic articulation of his own psyche and even beyond it, sheds a spotlight upon the Ego, the Collective Egos, Organized Religion, his angelic “Creative Genius”, as well its counterpart, the inarticulate “Self”, in which he passionately describes as a spiritual force that “…gives back to all while consciously remaining one.” Not only are these mindful observations upon the human psyche beyond soulful but Michael also expresses our innately shared compassion to Nature, Heartache, Grief, and the interconnectivity of all, while mindfully remaining as one. Through exemplified “methods” and the deliberate practice of action-fueled fearlessness, Michael intends to share “the way” toward the Self to the point of becoming “inaction” or “actionlessness” through a genuine consciousness and an insubordinate rebellion of the Ego while cultivating the individual by means of naturally abstaining from societal tendencies. In this practice he enforces “Productive Patience”, “Persistent Perseverance” and “Relentlessism” (the habit of constantly overcoming) in order to liberate the subtle human and artist from their procrastinative ego.

Rebirth of a Desolate Soul: Poems of Love, Heartache & Nature – Click to buy on Amazon!

These gifted poems touch upon the human condition heavily, evoking thought, while sharing emotional pain with the reader in the shared dilemmas of life; heartache and suffering is heavily highlighted and articulated in, eventually, a liberating manner.

Insubordination… And A Full Release: an Aritculated Defiance and a Manic Spew – Click to buy on Amazon!

Michael Angel Loayza Jr.’s brazenly comedic insight sheds light upon everything that is wrong with the world and society as a whole (especially organized religion,) with a razor-sharp aphoristic style that torches conventionalism at the stake. Permeating with monologues, stories and reflections, ‘Insubordination… And A Full Release’ is an articulated defiance and a manic spew against authority, and is at times immaturely written by a 28 year old-17 year old with-a-chip-on-his-shoulder type of attitude; while always keeping in mind the deeper psychoanalysis and meaning of Michael’s teacher’s behavior and even his own while deeply reflecting on his school years, relationships and his insubordinate past.

91: Posies Full Of Rosie’s is Michael Angel Loayza Jr’s 3rd emotionally-purging book of poems, diving into life as whole (and hole), all in the memory of his great-aunt Rose.

Finally, original and modern scenes that actually have depth and meaning! This book of 69 scenes (including 3 mini-plays) has everything an actor needs. Whether it be a comedic or dramatic scene for a showcase, something to build their reel, or just for some fun scene-work, these scenes pack a genuine, emotion-evoking punch! Many of the scenes in this book are unisex and easily interchangeable, and if you like a scene that’s not unisex don’t feel limited, make it your own! This is the actor’s book inspired and written for you, the artist. 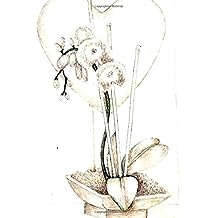 Rose Petals: Poems and Short Stories written and inspired by Life and its meaning, as well as The Tides of Grief to come along with it after mourning. – Click to buy on Amazon!

Rose Petals is a lovely, unique book of modern poems and short stories written in memory of Rose Renna, Michael Loayza’s great-aunt and best friend, a heavy influence in his career. Almost all of the poems and all of the memories (short stories) were all written during the tides of grief while Michael coped with his and family’s great loss. 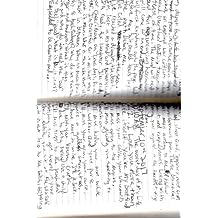 Reminisce: beautiful poems and short stories following its previous other half Rose Petals. – Click to buy on Amazon!

Reminisce is Michael’s second book of heartfelt poetry and short stories following the success of its counterpart Rose Petals – all in remembrance of his great-aunt and best friend Rose Renna. 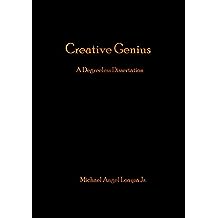 Creative Genius: A Degreeless Dissertation – Click to buy on Amazon!

Michael Angel Loayza Jr.’s evergrowing philosophy and ideas, set forth with the intention to free the mind – unburying the creative genius lingering beneath the soil of conventionalism and conformity.